Fear Of Flying Affects Many People 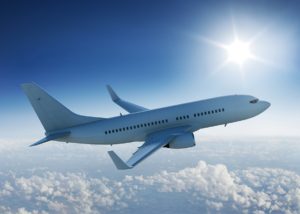 Fear of flying is a very common manifestation of anxiety disorders for many reasons.  I believe the primary reason is simply that being a passenger on a flight requires us to surrender all control.  And this alone can trigger high levels for anxiety in many people.

I was on a flight once and met a very inspirational person.  On this flight I was sitting in the middle seat, my friend to one side and a gentleman I did not know on my other side.  This gentleman I did not know started talking to me, he asked me questions, told me stories, he was extremely talkative.  At first, he caught me off guard, but then I started to suspect he was purposefully trying to engage with me.

Before take-off, the gentleman apologized for talking so much and assured me that after take-off he would be quiet.  Turns out he has a fear of flying and was using me as one of his tools to manage his fear.  He then went on to tell me his story, and it is a story worth sharing;

This gentleman has to fly for work.  And he is in a position where he helps other people.  This fear of flying was fairly new to him.  One day while on the plane waiting for take-off, he had a panic attack and had to get off the plane, which they allowed him to do.

Knowing that he had to fly, he purchased another ticket for the following day.  He went back to the airport, boarded the plane, but had another panic attack and left the plane instantly.

Once again, riddled with guilt and feeling the obligation that he had to get to his destination, he purchased another ticket for the following day.  As soon as he boarded the plane the fear of flying overwhelmed him and he had yet another panic attack and left the plane.

Sitting home that evening he was distraught.  He did not know what he was going to do.  He had to get to his destination and he was already three days late.  He was lost and confused.  To distract him and help him to relax he put on a movie.  The message in the movie was “never give up”, this inspired him to try yet again.  He purchased yet another ticket for the following day and returned to the airport as he had done the previous days.

This time he made it to the seating area waiting for the boarding call.  Filled with high levels of anxiety and doubtful he would even get on the plane, he sat there wondering what the future held for him.  This fear of flying was new to him and he was very confused.

As luck would have it, the flight attendant from the previous day who was using this flight to catch another flight recognized this gentleman sitting in the waiting area.  She knew he had panicked the previous day, so she went over to talk to him.  He opened up to her about his panic attacks and how he was overcome with consuming feelings of doom.  The flight attendant calmed him down, and when boarding started, took his hand and walked him onto the plane.  There was a vacant seat next to him so she sat next to him for the entire flight engaging him in conversation.

Once the plane was off the ground he was fine.  Once the plane left the ground, there was no more option to escape, and he surrendered to the experience and he had lower levels of anxiety.  So this experience taught him he just had to get through the take-off process and to do that he kept himself engaged by talking to other people.

Almost always when I tell this story I am asked “what movie did he watch that inspired him”, unfortunately, I do not know, he never told me.  However, being a product of the 80’s myself, I always suggest having a mini-marathon of the Rocky movies (specifically I, II, & III) for inspiration.

Seriously, his story is wonderful in so many ways.  He never quit.  Despite feeling hopeless, and not knowing how he would handle the situation, he kept going back.  Each day, feeling helpless & hopeless, he went back to the airport.  This inspired me on so many levels.

Recovery is in action, it is in “doing”.  If he had stayed home and just thought about how he would get through the flight, he would have made his situation worse.  But by not giving up and going back, seeing the airport and the process for what it is in reality, he was able to figure out a way to change his response.

Yes, I understand that he was extremely fortunate to have this flight attendant remember him and help him through the process.  But that never would have happened if he stayed home.

And what a wonderful demonstration of how people generally like to help other people.

His story clearly demonstrates how a slight change in our behavior can alter our anxiety levels.  Anxiety disorders are only a conditioning; it is a learned behavior.  Recovery is learning how to have a new response to our triggers and creating a new conditioning in our behavior.

Never give up!  Persistence!

Recovery Is Closer Than We Believe

Social Anxiety Presents Itself In Many Different Ways

AnxietyPath is a safe community environment supported by professional counselors. We are a free self help destination to receive support and guidance for recovery from anxiety and phobias