Panic Disorder Led To My Agoraphobia 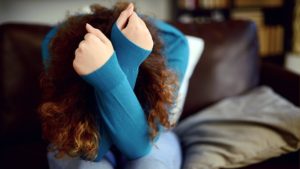 Often panic attacks happen when exposed to a specific trigger, and there is a direct correlation between the trigger and the panic attack.  However, when panic attacks seem to occur randomly, we refer to this as panic disorder.

Panic attacks are the greatest manifestation of fear.  There is nothing scarier than a panic attack for the person suffering from them.

As with all anxiety, the fear begins with a single thought.  Depending on how sensitized a person is to a specific trigger, combined with how much exposure to that trigger, will determine how much anxiety that single thought leads to.

For people suffering from panic disorder, what is happening is that this person is so highly sensitive to the trigger (or multiple triggers) that any thought can set off a panic attack, regardless of any exposure of the trigger itself.  This leads to random panic attacks, seemingly without warning.

What had happened to me personally is that I had become so sensitized to my triggers, that I was experiencing panic attacks often and without any sense of reason.  It would just seem that one minute I was fine, and the next I was having a panic attack.

If you never experienced panic disorder, you can imagine how frightening this can be for a person.

So for me, there was no place safe.  At any time, any place if I had a thought regarding my triggers it would escalate quickly and result in a panic attack.

Because this was so frightening to me, I was afraid to be away from home.  Even though the panic disorder occurred at home also, home is where I felt the safest.  So as the panic disorder became more pronounced, the more restricted my world became.  Ultimately leading to me becoming a housebound agoraphobic.

Not leaving the house resulted in me losing my job, losing my apartment, and if it were not for the family to take me in I may have been homeless.  I was completely unable to care for myself in almost every way.  Having lived it, I feel this is the greatest form of avoidance that a person can demonstrate due to anxiety disorders.

My experience with panic disorder is a severe demonstration as to what can happen.  There are cases where it is not so debilitating, nor as life-altering.  Again, it all depends on how sensitized the person is to their specific trigger(s).

But panic disorder should not be approached any differently than any other form of anxiety disorder in terms of recovery.  Although the panic disorder may seem more unpredictable than say a specific phobia, the mental process and the physical response to the thoughts are all the same.

The mental and physical tools are the way that we can change our thought pattern.  And therefore change our physical response to our thoughts.  Ultimately leading to behavior modification, which in essence is a recovery!

Despite how anxiety disorders express themselves, or how they manifest.  No matter how mild or severe they may be for the individual.  The approach to recovery is all the same.  The level of effort may have to be increased based on the severity of the suffering, but the approach is the same.

As always I encourage you to engage the process.  Practice the tools – both mental and physical.  Implement self-care practices and reestablish your own self-importance in your own life.

No one can create a recovery for you.  No one can take your suffering away from you.  You and only you are able to do this!

Never give up!  Persistence!

New Logo: The Start Of Something New

Worry When You Get There

AnxietyPath is a safe community environment supported by professional counselors. We are a free self help destination to receive support and guidance for recovery from anxiety and phobias